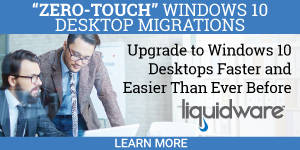 ExtraHop, the leader in cloud-first detection and response for the hybrid enterprise, today issued a security advisory exposing several cases of third-party vendors "phoning home" proprietary data without the knowledge of or authorization from their customers. The advisory serves as a warning to all enterprises to hold their vendors more accountable for how they use customer data.

The newly-issued advisory defines phoning home as a host connecting to a server for the purpose of sending data to the server, the "white hat" term for exfiltrating data. According to the report, phoning data home is a common practice that can be used for legitimate and useful reasons with the customer's consent. But when customers are unaware of this vendor exfiltration, it risks exposure of sensitive data, such as Personally Identifiable Information (PII), in violation of increasingly strict privacy regulations.

"We decided to issue this advisory after seeing a concerning uptick in this kind of undisclosed phoning home by vendors," said Jeff Costlow, ExtraHop CISO. "What was most alarming to us was that two of the four cases in the advisory were perpetrated by prominent cybersecurity vendors. These are vendors that enterprises rely on to safeguard their data. We're urging enterprises to establish better visibility of their networks and their vendors to make sure this kind of security malpractice doesn't go unchecked."

The advisory highlights four cases spanning the financial services, healthcare, and food service industries where ExtraHop documented vendors phoning home their customers' data without the customer's knowledge or authorization, including:

ExtraHop also urges companies to ask questions of their vendors to ensure they understand how their data is being used, where their data is going and the vendor protocols for phoning home. ExtraHop believes these actions will hold vendors more accountable and ultimately limit the exposure of sensitive enterprise data.

More in this category: « Microsoft WVD Buzz at Microsoft Inspire - A Foreshadowing of an Exciting Microsoft Ignite to Come ThinPrint Hub Now Available with Centralized Management »
back to top

vmworld through the years | Infographic