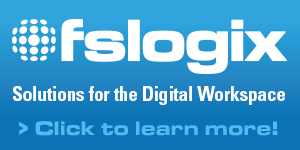 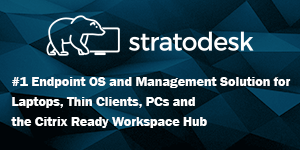 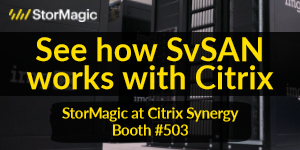 Are you attending Citrix Synergy 2018 in Anaheim, CA?  If so, I invite you to add Bitdefender to your MUST SEE list of vendors.

With so many vendors exhibiting at Citrix Synergy this year, how do you know which booths to visit and who to get on your busy schedule?  One of the companies on VMblog's list this year is Bitdefender.  VMblog recently conducted a video interview with the company ahead of the 2018 RSA Conference.  Citrix Synergy attendees are going to want to see and learn more about GravityZone Datacenter Security while at Synergy.

Read this exclusive pre-show interview with Bitdefender to learn what they have planned for the upcoming Synergy 2018 event.

VMblog:  As a Citrix Synergy 2018 sponsor, tell us the rundown of your booth setup.  What's your booth number? What level sponsorship do you have this year? How many people will you send?

Bitdefender:  Bitdefender is located at booth #418, and is a Silver Sponsor. Like last year, our booth team includes representatives from Bitdefender's US and Europe HQs, all of them offering deep product and technology expertise.

VMblog:  And is there anything interesting or unique about this year's booth setup?  Do you have a theme?

Bitdefender:  Bitdefender will host a series of programs in collaboration with magician and tradeshow presenter Ken Newman. Attendees will enjoy magic shows that not only illustrate Bitdefender's new technology, but also how it fits with today's cybersecurity threats. Everyone is encouraged to participate in the show, and will learn how to replicate the illusions themselves.

VMblog:  What message should an attendee take back with them to their boss after visiting your booth? How can they internally sell your technology?

Bitdefender:  As you accelerate your digital projects, security either keeps pace or becomes an anchor. Citrix and Bitdefender's longstanding technology partnership has produced deeply integrated security solutions that blend with Citrix's infrastructure and consistently secure an organization's entire workload spectrum, from desktop to applications to servers.

The result is better-than-physical security through Hypervisor Introspection, and optimized performance via GravityZone Security for Virtualized Environments. This double-advantage is encapsulated within GravityZone, the Bitdefender management platform which integrates with Citrix Digital Workspace to deliver an efficient, scalable and secure solution that will maximize return on infrastructure investment.

VMblog:  Can you give VMblog readers a sneak peek as to what you will be showing off at your booth this year?

Bitdefender:  This year, Bitdefender will showcase how security solutions can support digital transformation, and provide superior data breach defenses without compromising the operations excellence and performance.

Visitors to the booth can see demos of Hypervisor Introspection, a solution developed in collaboration with Citrix, that stops advanced attacks directly from the hypervisor level, where not even zero-day attacks stand a chance.

Bitdefender will also show its GravityZone security platform, which was expressly designed for virtualization and hybrid environments.

VMblog:  Give readers a few reasons why your product or service is considered unique.

Bitdefender:  Today, the XenServer hypervisor is the only commercially available hypervisor to enable virtual machine memory introspection at the hypervisor layer, a technology that can block zero-day in-memory techniques used by attackers to gain a foothold on systems.

Bitdefender Hypervisor Introspection (HVI) inspects virtual machine memory for the signs of attack. It secures workloads against novel attack mechanisms, such as EternalBlue (the root of WannaCry ransomware and WannaMine cryptomining threats), ensuring the attack is stopped.

VMblog:  How does your company and product fit within the Citrix ecosystem?

Bitdefender:  Bitdefender and Citrix share a common ideology; providing organizations the tools to deliver a rich, fully-formed workspace experience for businesses to maximize productivity while seamlessly integrating security all the way to the hypervisor level. This enables the ability to fight off even the most sophisticated data breaches without compromising datacenter security ideals, IT agility and operational efficiency.

Citrix's granular policy control engine of XenApp and XenDesktop and Citrix NetScaler secure remote access provide heightened workload defenses. Through its deep Citrix integration, Bitdefender Security for Virtualized Environments enables organizations to deploy consistent security throughout their entire Citrix infrastructure, onto any Windows, Linux, web and SaaS applications or full virtual desktops from any cloud-public, on premises or hybrid - all under a single management console.

VMblog:  Attendees always enjoy a good trade show tchotchke.  Are you guys giving away anything special or interesting this year?

Bitdefender:  The Bitdefender team would like to cordially invite all Citrix Synergy attendees to stop by booth #418 for a chance to win an Intel Stick after each Bitdefender & Citrix or Nutanix joint presentation, and a Bitdefender BOX at the end of each day.

VMblog:  Does your company have any speaking sessions during the show?  If so, can you give us the who, what, when and where?

Bitdefender:  Bitdefender will host multiple in-booth sessions with key Citrix, Nutanix and Bitdefender speakers. They will address the dynamics of the virtual space, security challenges, as well as how they can be solved with next generation, cloud-ready security technologies. For a full schedule of talks, stop by the Bitdefender booth (#418).