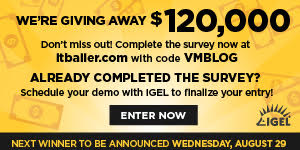 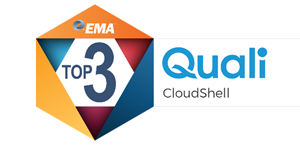 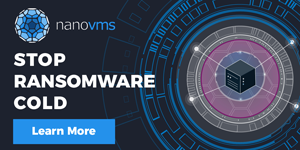 By bringing together over 75 third-party tools under a single out-of-the-box automation engine, Morpheus lets IT quickly provide self-service provisioning to developers and accelerate application deployments by 150x or more.

According to 451 Research, top factors influencing customers choice of CMP include security, tool integration, support for hybrid architecture, and orchestration of all stack layers. "Businesses competing in the digital economy must transform or die," says William Fellows, VP of Research, 451 Research. "The paradox is that the more important the role of infrastructure, the more important that it is to shield users from having to directly interact with it - that's why cloud management and DevOps have become so critical." (Download the 451 Research Cloud Management Market Map)

As enterprises and service providers seek to quickly deliver new services, they are driving the adoption of software-defined networks (SDN) at 39% CAGR between 2017 and 2023i. SDNs enable IT to make networking changes on the fly, which is critical when dealing with unpredictable demand.

However, networking is just one of many components that must be automated to instantly respond to service requests. This is why Morpheus Data added SDN orchestration as part of its end-to-end self-service provisioning platform earlier this year starting with Cisco ACI.

Today's announcement extends SDN support to VMware NSX to enable seamless orchestration of virtual cloud networks and automation of NSX alongside other key networking tasks such as IP Address Management, DNS, and more. With just a few mouse clicks, customers can add their NSX Manager to the Morpheus CMP; once added, Morpheus will synchronize Transport Zones, Logical Switches, and Edge Gateways. Customers can also create NSX services directly from Morpheus, eliminating the need to wait on networking teams. The NSX integration builds on existing VMware support in Morpheus for vSphere and vCloud Director.

With this release, Morpheus has also added phpIPAM to its list of third-party IP address management integrations which already includes Infoblox and Bluecat. Once pointed at the IPAM API server, Morpheus ingests all IP pool and DNS zone details. Morpheus can automatically assign IP addresses and create DNS records at provisioning time plus provide cleanup upon teardown without users having to go into a different interface.

Storage and data management is a core element of digital transformation initiatives, however legacy approaches to storage simply don't have the ability to support multi-cloud automation required by today's agile enterprises.

"Our vision is to eliminate silos associated with legacy backup and enable protection of any app on any cloud to ensure resilience in IT operations," said Rob Strechay, SVP of Product, Zerto. "The integration into Morpheus enables our combined multi-cloud customers to modernize protection as they modernize provisioning."

In a properly managed DevOps organization, developers have self-service access to deploy application components in a consistent way in all phases of the pipeline and all changes go through configuration management (CM), which allows organizations to assure proper state and enforce change control policy.

Morpheus assures IT is able to use the right tool for the right job. Customers can use configuration management tools such as Chef, SaltStack, Ansible, or Puppet to help assure configuration state for software components while using Morpheus to provide fine grained role-based access around cloud provisioning, networking configuration, monitoring, scaling, and other application lifecycle tasks.

With the most recent release, Morpheus has extended its Ansible integration to include Ansible Tower. The integration enables Morpheus to inventory Tower via API to retrieve playbooks, variables, and host information as well as support the initiation of execution requests that include Ansible Vault credentials. By combining Ansible with Morpheus customers can eliminate the brittleness that comes from over-reliance on configuration management as the sole approach to automation.