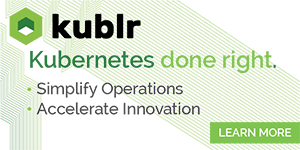 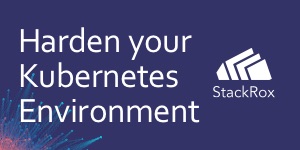 Are you getting ready for KubeCon 2018 in Seattle?

KubeCon 2018 is shaping up to be a fantastic event!  We can't wait.  Read this exclusive pre-show interview between VMblog and Glenn Sullivan, co-founder of SnapRoute, and learn more about the company ahead of KubeCon North America 2018.

VMblog:  What are you looking forward to at KubeCon 2018?

Glenn Sullivan:  I'm looking forward to connecting with like-minded folks, who understand that microservices and fully containerized Cloud Native infrastructure is the way forward for managing all parts of the infrastructure - including compute, storage, and network.

VMblog:  What are the major themes that you want to see emerge at this year's event?

VMblog:  What are the important product-centric messages that you think attendees should have on their radar?  How is this being factored into SnapRoute's product development efforts/offerings?

Sullivan:  Using Cloud Native tools, natively (excuse the alliteration) is key to leveraging the most from the suite of projects that the Cloud Native Computing Foundation (CNCF) has to offer.  Using these toolchains to build out a Continuous Integration and Continuous Delivery (CI/CD) pipeline - in our case for networking - is key in order to push infrastructure forward and satisfy the needs of the business by allowing for faster timer-to-service.

VMblog:  What are some of the reasons why you believe a KubeCon attendee should be interested in Cloud Native networking?

Sullivan:  First, I'd insist that they should be more interested in what it takes to provide networking for Cloud Native environments, instead of Cloud Native networking.  As an industry, we want to take the learning of Cloud Native and utilize them to bring networking into its next state of evolution.  Adding more networking into the public cloud offerings is not going to solve the problems faced by organizations striving to build a complete hybrid or multicloud solution.

VMblog:  What do you like most about KubeCon?  Why do you think it's important to be involved in this event?  What about it grabs your attention?

Sullivan:  KubeCon is important because it's the one event that gives Cloud Native tinkerers the time and attention they deserve, instead of being a track or single thread at all of the other conferences - year-round.  Many other conferences focus on "we use Kubernetes to accomplish X" or "we are abandoning our data centers as fast as possible" - without the focus on how these Cloud Native tools are built or what it takes to maintain them.

VMblog:  Can you give VMblog readers a sneak peek as to what SnapRoute has in-store beyond the conference?

Sullivan:  SnapRoute has built the only fully-containerized microservices Network Operating System (NOS) for disaggregated (i.e. whitebox) switches - built using Cloud Native principles and tools, natively.  We are in trials now and will be fully launching our first release, early next year.

VMblog:  Thinking about your company, give readers a few reasons why your product or service is considered unique.

Sullivan:  We are the only NOS vendor that is focused on containerizing the architecture of the Network OS itself, yielding benefits for the operator - in terms of CI/CD for Networking, Security, and Automation.  Other vendors are focused on deploying the NOS as a single container to run in the public or private cloud - what we are doing is the exact opposite.  Instead of housing the NOS into a single container, we are breaking up the NOS into many smaller containers - allowing for better agility, staging, and deployment operations.

VMblog:  How does your company and product fit within the container or cloud ecosystem?

Sullivan:  Simply put, we fit into it natively.  Operators who utilize Docker or Kubernetes based solutions can use our NOS, without learning a new API model.  For everyone else, we have an industry-based CLI that is developed as an application and utilizes the underlying Kubernetes infrastructure.

VMblog:  What do you think we need to do collectively as an ecosystem to strengthen the industry?

Sullivan:  More outreach is needed to bring folks into the ecosystem who are operators and end-users that support parts of the infrastructure that have classically been left behind.  Networking, for instance, still lags behind adoption of Cloud Native principles.  This is mainly driven by the vendors and their desire to increase lock-in and give operators little choice for migrating off their platforms.  Building more platforms that promote vendor agnostic practices with versatile control-plane and orchestration layers will lead to better adoption by network operators.

VMblog:  What do you hope to come away with from attending KubeCon?  What does event success look like to you?

Sullivan:  I hope to come away with connections to new faces, organizations, and use cases that help drive adoption of Cloud Native principles in new areas, such as networking.

Sullivan:  Bring comfortable shoes and don't be afraid to strike up a conversation with a friendly face.  You only get what you put in, so be prepared to walk around and talk to anyone and everyone - you never know when and where you will find a like-minded person and learn something new.

Glenn Sullivan co-founded SnapRoute in August, 2015, where he is responsible for product direction by advocating for the end-user. Glenn's experience as an operator of hyperscale data center networks, along with a strong background of technical support gives him a unique skillset for delivering quality customer experiences. Glenn has particular expertise in network operations, automation, and utilizing DevOps practices for disaggregated and legacy networking components. Prior to founding SnapRoute, Glenn was responsible for building out hyperscale data center environments at Apple. In addition to core network operational functions, Glenn led efforts to automate the life-cycle management of various platforms in a multi-vendor environment. Before Apple, Glenn was a specialist support engineer on the LAN Switching team in Cisco TAC. While there, his specialty was in turning around customer sentiment by focusing on escalated issues and transforming the customer experience into a positive one. Glenn has a BS in Network and Systems Administration from RIT (Rochester Institute of Technology).

More in this category: « KubeCon 2018 Q&A: Hedvig Will Showcase Its Cloud-like Enterprise-grade Storage for Containers at Booth S3 Pulumi and Atomist KubeCon 2018 - Software-Defined Delivery Manifesto »
back to top