We kicked off the second general session (day 2) today at VMworld 2013, with VMware president and COO, Carl Eschenbach, taking command of the stage in the absence of show fan favorite and former CTO of VMware, Steve Herrod. Big shoes to fill.

Carl kicked things off announcing what many of us already figured out due to the lack of wifi and seating at the event -- there are more than 22,500 people in attendance of the show this year, way up from the 1,400 that joined VMware at the very first show back in San Diego 10 years ago. Of course, Carl likes to round up, so he claims 23,000 attendees. Either way, attendance is up from the previous year and it shows. Many asked on Twitter if the show was in fact getting "too big."

What's on deck? Carl sets the stage for the following topics to discuss: vSphere 5.5 and vCloud Suite 5.5, a look at what VMware is planning in the networking space with NSX network virtualization, a deeper dive into vSAN or VMware Virtual SAN, vCloud Hybrid Servive and Cloud Foundry on vSphere.

Carl began to detail VMware's Vision - that being, IT-as-a-Service. No quips or funny names involved here. Just straight up IT-as-a-Service discussion. And that includes three imperatives to this vision:

Next up, Carl is joined on stage by Kit Colbert - Principal Engineer at VMware. Things started a little funky with the exchange between these two, and unfortunately, it didn't really get much better. Yes, the information was good, but alas they felt scripted in their delivery and the banter between the two fell short.

Things did kick off with a great video from "I Love Lucy" -- who above a certain age (won't say what that is) doesn't remember and LOVE that scene of Lucy and Ethel in the chocolate factory! Of course, the breaking news here was that "VMware is NOT a chocolate factory!" Although I have to admit, I do find myself craving a solid chocolate virtual machine. YUM!

Up next, a Demo of vCloud Automation Center where we learn more and see first hand:

Things seemed fairly simple, I think that's the idea -- simplicity in action - Choose the option, Make the request, Choose the database level (Silver/Gold/Etc.), it provides you with an option to Auto-Scale so it can grow over time, and then the Request goes to IT for approval.

After that, the pair moved to a demonstration of vCloud Application Director. This solution will help with the automating the provisioning of servers, networks and databases.

Networking is starting to become sexy again. And so it is no surprise that networking was a hot topic covered in this session.

Conventional Networking Approach is a Barrier to IT Agility

Lots of talk around the show around networking with VMware's NSX offering. On stage, Carl said, "switch, router, firewall, load balancer - these are the key virtualization challenges, NOT VM provisioning. VMware is moving Switching / Routing / Firewall / Load Balancing intelligence to NSX. With it, they can remove much of the traffic on the router, and they identified that 70% of traffic in the datacenter is between virtual machines. A key point that woke a few people up was the discussion around how vMotion works with NSX as well allowing you to move the networking around like you can the data and the VMs. It was described as P-to-V for networks.

As a proof point, enter VMware customer WestJet Airlines who experienced a Server to Server traffic growth problem. The customer claims NSX may help solve this problem, but they never really said if they were actively using it in production or just thinking about using it.

Another interesting topic during this keynote had to do with the Virtual SAN. It allows owners to set SLAs and keep things attached to the VM. And to scale it out? Just add more servers to the cluster. It is resilient with auto-replication of discs.

During this announcement, Carl said that VMware is making the Virtual SAN available today in the form of a public beta -- for more info, visit www.vsanbeta.com

Still waiting for EUC to hit the stage, meet a When Harry Met Sally video, showing the pains of an end user ordering pie. They can be so troublesome, can't they?

Horizon Workspace allows you to access virtual desktop on iPad

Enter on stage, Joe Baguley CTO of EMA, VMware. Joe and Carl did a much better job playing off one another, which made the conversation and the information more digestable and enjoyable. One of the hot topics, talking about the Conventional Approach to Management which entailed:

Can't get away without using the "Big Data" buzz word! And they didn't. The pair went into more detail around their latest offering, VM Log Insight -- think of it as a Splunk like product. And they announced VMworld attendees can get 5 Free Licenses of vmLogInsight by tweeting and following @vmLogInsight

They wrapped up with a look at the vCloud Hybrid Cloud in vSphere console. This showcased a synchronization between vSphere and vCloud, where you could move VM templates from one to the other.

The session ended with a recap of three take away concepts: 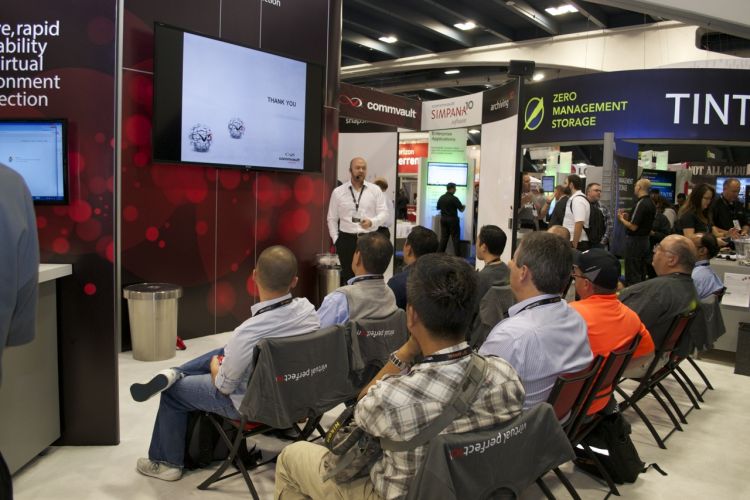 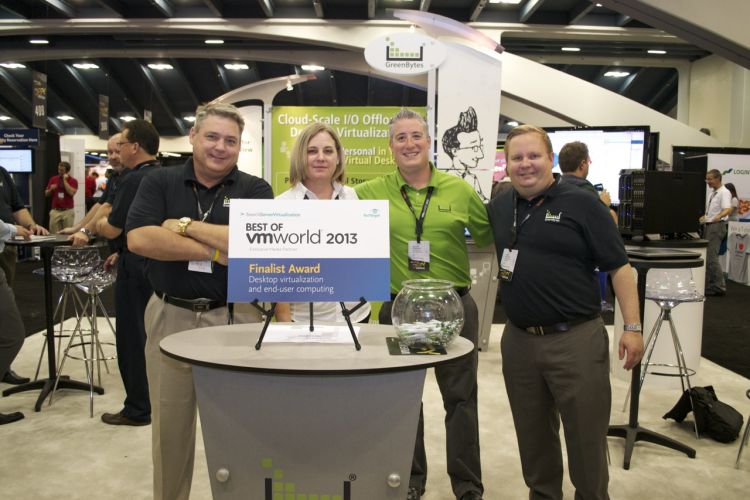 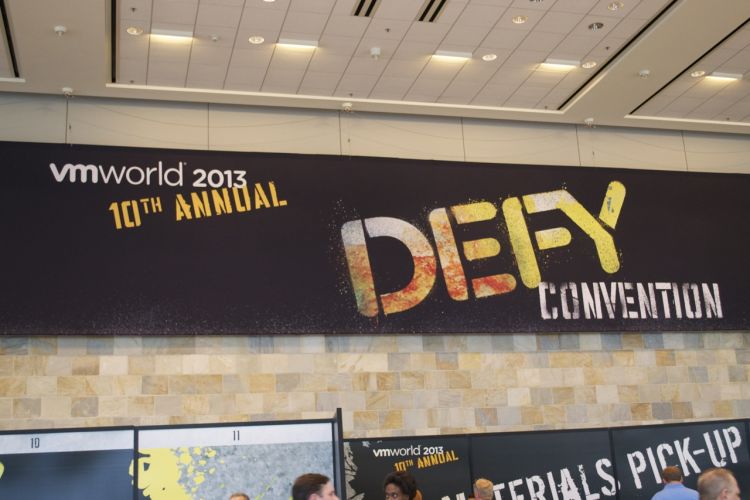 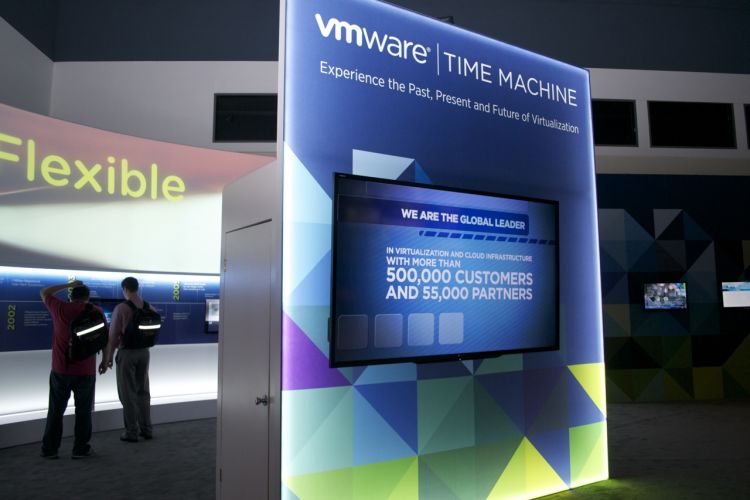 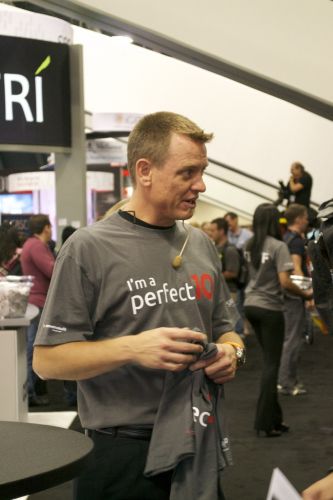 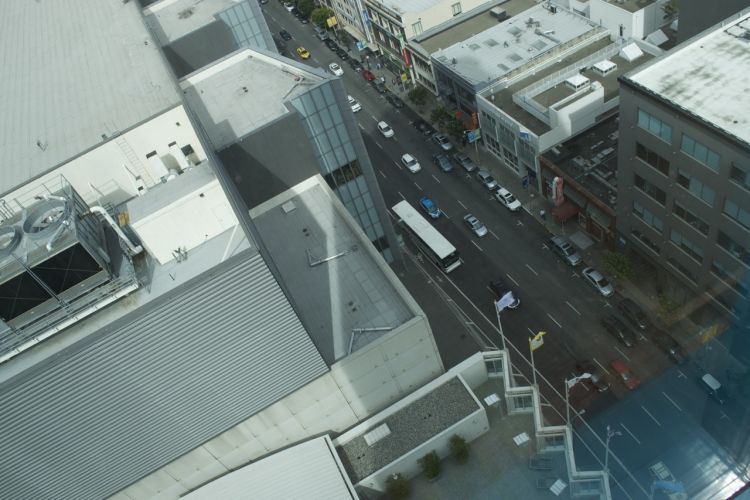 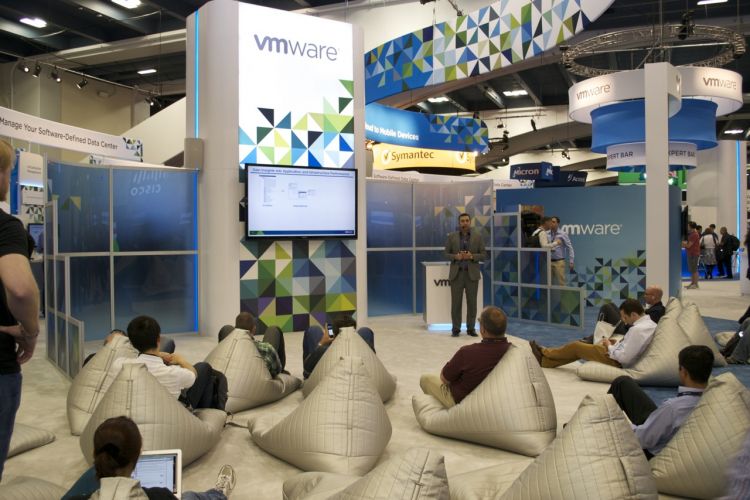 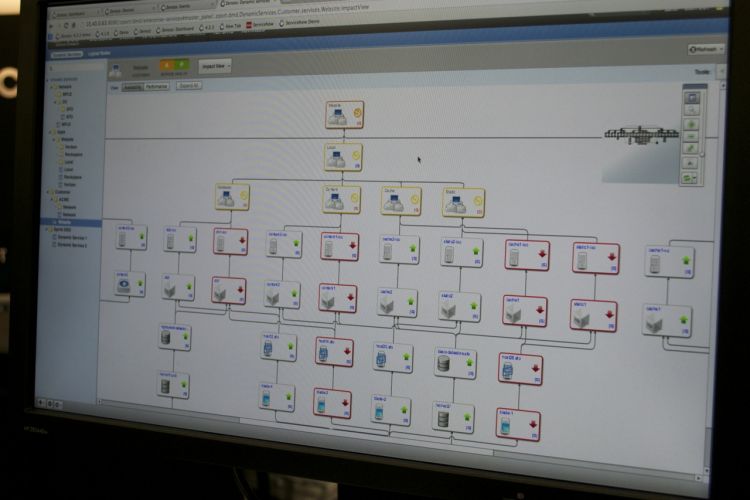 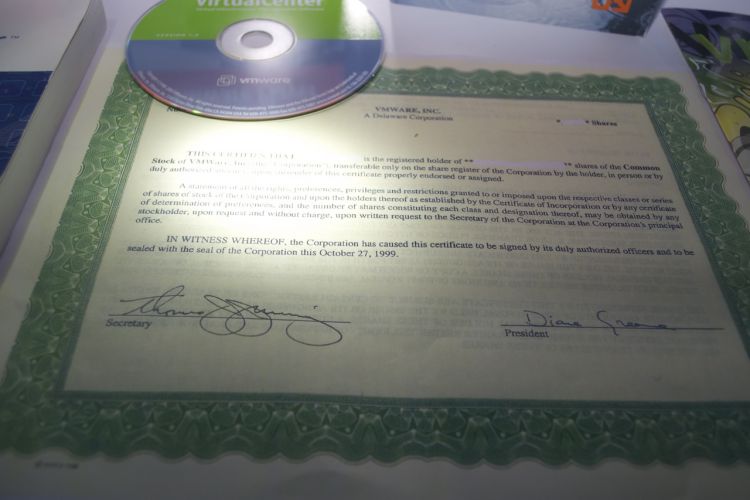