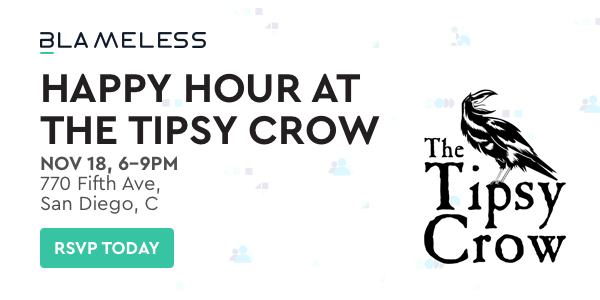 Are you attending KubeCon 2019 in San Diego in November?  If so, I invite you to add Sauce Labs to your MUST SEE list of vendors.

KubeCon 2019 is shaping up to be a fantastic event!  And the number of sponsoring vendors at this year's show is extremely impressive as the show continues to grow in scope and size!  One of the companies that will be on VMblog's MUST SEE list this year at the event is Sauce Labs.  Sauce Labs ensures the world’s leading apps and websites work flawlessly on every browser, OS and device.  Its award-winning Continuous Testing Cloud provides development and quality teams with instant access to the test coverage, scalability, and analytics they need to rapidly deliver a flawless digital experience.

Read this exclusive pre-show interview between VMblog and Joanna Schloss, vice president of product marketing and a subject matter expert in digital transformation and continuous testing at Sauce Labs to learn what the company has planned for the upcoming KubeCon North America 2019 event and why you need to visit their booth.

VMblog:  Tell us a little about Sauce Labs for those who might be new to the company?

Joanna Schloss:  Sauce Labs provides the world's most comprehensive and trusted continuous testing cloud. For the past 10 years, we've been working with some of the most well-known brands in the world to deliver automated testing at scale and ensure their apps and websites work flawlessly on every browser, OS and device. We now have more than 700 enterprise customers and nearly 3 million tests are executed each day across our continuous testing cloud platform, which spans thousands of browser/OS, mobile emulator, simulator and real device combinations.

VMblog:  At some point in the next few months, you'll surpass the 3 billion test mark on your cloud platform.  To what do you attribute the rapid growth you're seeing, both as a company and across the broader automated testing market?

Schloss:  It really comes down to how rapidly businesses are changing. Whether you realize it or not, chances are your business is now a digital business. That goes for retailers, bankers, publishers, healthcare providers, you name it. To build a successful brand and run a sustainable business in 2019, you have to deliver a high-quality digital experience to customers. That means your apps - including and especially your mobile apps - have to be fast, visually appealing, frequently updated, and functionally flawless. The only way to deliver that level of quality at speed is to abandon the traditional waterfall approach to software delivery and embrace DevOps-driven, agile development methodologies. Once organizations take that step and commit to continuous integration and continuous delivery, they pretty quickly realize they need to support it with continuous testing. You simply can't achieve the quality at speed your business needs at enterprise scale if you're still reliant on manual testing, and that's driving a ton of growth in the automated testing industry.

VMblog:  Before we dive into what you'll be demonstrating at KubeCon, tell us how you define continuous testing?

Schloss:  We look at continuous testing as a best practice approach to automated testing in which you are continuously testing your web and mobile apps throughout the software development lifecycle. If you're going to release quality applications at speed, then you have to throw out the notion that testing is something you pitch over the wall to a dedicated QA team at the end of the development process, and instead start integrating testing throughout the delivery cycle, including the earliest stages. If you're uncovering bugs at the end of the development process, in most cases, it's already too late. That's why you're starting to seeing this major emphasis on shifting left and testing as early in the delivery cycle as possible.

VMblog:  How does the world of containers play into this concept of shifting left?

Early in the development process, you want to run atomic tests, which are short tests that focus on just a single piece of application functionality. You're looking for fast signals. You don't need full cross-browser testing for that. You need something faster and more efficient. That's where containers come in. At Sauce Labs, we've leveraged containers to pioneer a first-to-market solution we called Sauce Headless, which enables developers to quickly and repeatedly run those atomic tests during the early stages of development.

VMblog:  Tell us more about how Sauce Headless works?

Schloss:  Sauce Headless is all about facilitating that shift-left motion we just talked about. It enables development teams to get fast feedback on code and increase build efficiency by running atomic tests wherever they're needed, but especially early in the delivery pipeline. It works by leveraging headless Chrome and Firefox browsers on Linux in a Kubernetes, container-based environment. In other words, you can now put the theory behind shift-left testing into practice and test on every commit. Then you pair that with full cross-browser testing at the end of the development process, and you've got a truly holistic testing strategy.

VMblog:  Will attendees be able to Sauce Headless in action at the Sauce Labs booth at KubeCon?

Schloss:  Absolutely. We'll be at booth S19 on the trade show floor and our technical team will be running Sauce Headless demos and answer questions all week long.

VMblog:  If an attendee likes what they see and hear at your booth from a technical standpoint, what's the one key message they should take back with them to sell their boss on Sauce Headless?

Schloss:   I think we can all agree that agility is now a way of life. It's not something that would be nice to achieve; it's something you have to achieve if we want to stay relevant in the digital age. That's why you've already made huge investments in DevOps and CI/CD. But if you ever want to truly get a tangible return on all those investments, you have to solve for testing to increase your quality and reliability. That's the key message to take back - that this is an opportunity to overcome arguably the biggest remaining roadblock on the way to achieving agility at enterprise scale.

VMblog:  What do you like most about KubeCon?  What grabbed your attention and made you want to sponsor?

Schloss:  The answer to both of those questions is the same for me. It's the passion the developer community has for the event, and for learning in general. Developers, as a community, are never complacent. They're always thinking about what comes next and how they can stay one step ahead. So when you're at KubeCon, you're not only going to be in front of a large audience, but you're going to be in front of an audience that's hungry to learn and open to new ideas. And that's exciting for Sauce Labs, and for testing in general, because the notion of shifting-left and placing more of the testing onus on developers themselves rather than dedicated QA teams is still a relatively new one, and it's gaining traction in large part because developers have shown a willingness to embrace it. So we're excited to have yet another forum within which to continue the dialogue and better understand how we can deliver for the developer community.

VMblog:  What are you looking forward to most at this year's event?

Schloss:  Learning and understanding how the role of the developer continues to evolve. As we just discussed specific to testing, engineers are constantly being asked to evolve. As vendors, the only way for us to provide real value to the developer community is to truly understand the different ways they themselves are being asked to provide value to their businesses, and the best way to gain that understanding is through interaction and conversation. That's why we always look forward to practitioner-focused events like KubeCon, or our own user conference, SauceCon.

VMblog:  At what stage do you feel we are at with regard to DevOps?

Schloss:  I think we've fully crossed the chasm. DevOps is mainstream. You really don't have to ask teams if they've adopted DevOps anymore; you can pretty much assume they have. And that, of course, broadens the need for testing. Once DevOps and agility become part of your charter, automated testing becomes a requirement on par with things like disaster recovery, compliance and security, only it has the added benefit of not only being able to lower opex costs over time versus manual testing, but of being a driver of innovation by helping deliver a better experience to your customers.

VMblog:  What, if anything, is holding the DevOps market back?  Or what is holding back wider deployment?

Schloss:  At the risk of sounding self-serving, it's testing. DevOps is about not having to choose between quality and speed. It's about accelerating release velocity while delivery quality. But the reality is, that's not happening. For most organizations, release velocity is actually stalling. A recent report from Forrester showed that the percentage of organizations releasing software on an at-least monthly basis dropped from 36 percent in 2017 to 27 percent in 2018, and I'm willing to bet that number will drop again when 2019 is said and done. Then you combine that with a recent with a recent Gitlab developer survey in which testing was the most common source of development delays, cited by more than half of respondents, and it's pretty clear that organizations need to solve for testing and deliver automation at scale.

VMblog:  Whether it's DevOps, containers, or just the broader ecosystem of tools and technologies designed to increase innovation and agility, what do you think we need to do collectively to strengthen the industry?

Schloss:  For me, it's simple. We need to continue investing in and supporting open source. As vendors, we need to provide more platforms and more opportunities for our best and brightest to get involved with open source projects. Investment in open source leads to so many different things from which we all benefit - community, education, learning, and most importantly, innovation. Innovation is what keeps us all in business and makes technologies like Kubernetes and conferences like KubeCon possible. And so much of the innovation that's mattered in recent years stems from our collective investment in open source. The open source community fosters innovation, and then vendors deliver on the promise of enterprise scale. That's how technology keeps driving forward.

VMblog:  Attendees always enjoy a good trade show tchotchke.  Are you guys giving away anything special or interesting this year?

Schloss:  Well, it wouldn't be a Sauce Labs booth if we didn't have a special selection of hot sauces to give away! We've got some cases already ordered, so stop by booth S19 to grab some hot sauce and see how Sauce Labs can help you to test early and often.